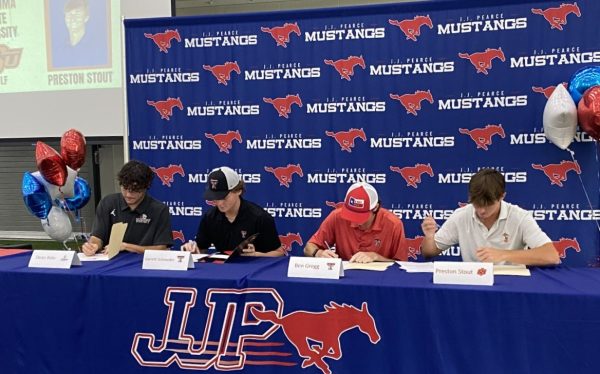 Diving into another intense week in RISD athletics, we get a promising preview of basketball, commitments to college, academic recognitions, and a wrap up for football.

The Pearce Mustangs basketball teams started the week off with tough scrimmages Monday night. The Lady Mustangs battled Frisco Independence at home while the men’s team traveled to Denton Ryan, giving us a great glimpse into their season and leading us into an action-packed week of RISD basketball.

Tuesday night, the Berkner Lady Rams went up against a strong Lakeview Centennial team and won a nail-biter with a 42-41 victory. LHHS hosted an early “Teacher Appreciation Night,” and with dozens of teachers in the stands for an intense battle against Plano West, the Lady Wildcats narrowly let this one get away, losing 57-56. Great effort, ladies!

Wednesday morning athletes across all four schools woke up early, preparing for their future academic and athletic endeavors with National Signing Day.

Please click here to view all the student-athletes who signed letters of intent last week.

We are very proud of your dedication and commitment in pursuing your academic and  athletic careers after high school! #RISDGreatness #RISDBelieves

Wednesday night, takes us to Berkner, where a three-hour wrestling match would wrap up our night. The Richardson Eagles, Berkner Rams and Skyline High School took to the mats to compete in an action-packed evening with multiple wins for RISD. Great job Eagles and Rams!

A special thanks to the Richardson High School football team for making an appearance Thursday morning at the Hamilton Park Pacesetter’s Veterans Day parade!

On Thursday night, we got one final glimpse at our talented volleyball players, but this time off of the court with THSCA Academic All-State recognitions.

Way to go, ladies! We know how hard you all work in the classroom and on the court! Thank you for dedicating so much of your time and talent to RISD athletics!

We ended the week with the final Friday Night Lights of 2022. Berkner Rams traveled to Choctaw Stadium in Arlington to play a 9-1 Arlington Martin team and Lake Highlands faced South Grand Prairie in the Gopher-Warrior Bowl.

Running back Jamary Williams led the Rams with 111 yards, but ultimately Berkner wasn’t able to bring home the victory. Great season, Rams! We can’t wait to see what this young team brings next season!

In Grand Prairie, Lake Highlands built an early 14-0 lead in the first quarter, but SGP steadily rallied to take a 31-21 lead late in the fourth quarter. A LHHS touchdown cut it to 31-27, but the Wildcats weren’t able to recover an onsides kick, and SGP ran out the clock. We are so proud of you, Wildcats, and we’re certain to see you back in the playoffs next season! 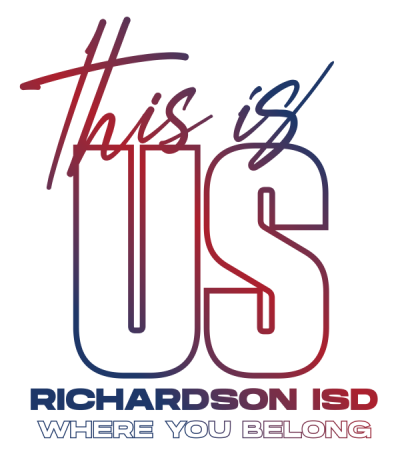 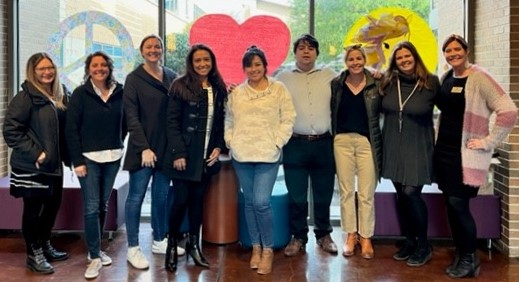